On Tuesday 6 August 2019 hundreds of supporters, including former cricketer Adam Gilchrist and high-profile assisted dying advocate, Andrew Denton, joined Belinda Teh for the final 1 km walk from Kings Park in Perth to Western Australia’s Parliament House. There she was greeted by even more supporters, the WA Premier Mark McGowan, their Health Minister, Roger Cook, other members of the parliament as well as a media frenzy.

Belinda Teh is the young Perth woman who decided to walk from the steps of the Victorian Parliament to the steps of the WA Parliament to encourage WA politicians to vote for the voluntary assisted dying law. Belinda undertook the brave 4,500 km walk in honour of her mother, Mareia, who died from breast cancer three years ago.

When told she had weeks left to live, she asked her doctors twice for help to die on her own terms. Her requests were refused, and three weeks later, Belinda watched her mum die in a way that will haunt her for the rest of my life. 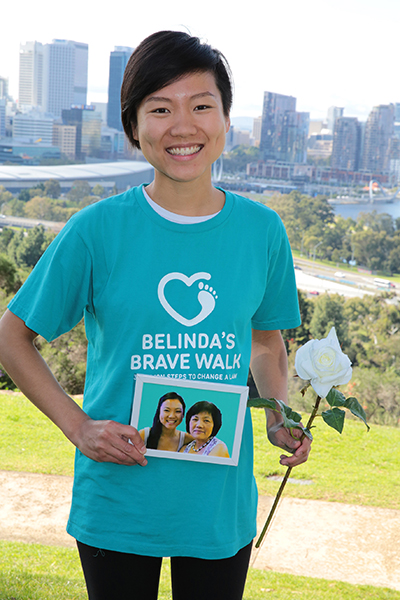 Visiting towns along the way, Belinda soon discovered that her mum’s story was not uncommon.

“When this happened to me and my mum, I felt really alone and isolated and that I could not talk to anyone. I was 23 years of age at the time,” she said. “The more I have walked and talked to people, I have found it so shocking how prevalent it is, and it shouldn’t be.”

Belinda’s Brave Walk lasted 71 days and she touched the hearts of many, inspiring young and old along the way.

“As a young person, I understand how intimidating it can be to share your views on issues that are seen to be controversial. But with every day that goes by, dying people are suffering in our community due to the lack of an assisted dying law. Nothing will change unless everyday Australians like you and me tell our politicians that we will not stand for this any longer,” said Belinda.
Not everyone can undertake an epic challenge like Belinda’s Brave Walk but there are many ways that ordinary Australians can play their part in making sure the Voluntary Assisted Dying laws are passed in every state and territory. Sining up as a supporter or member of your state Dying with Dignity organisation is a good start.
Before meeting everyone at Kings Park for the final walk to Parliament House, Belinda met with a special group of supporters for an early morning media opportunity. It was a group of courageous WA nurses.
Following a few interviews in the shadow of the Fiona Stanley Hospital the group set off for the walk to the city, chatting along the way about their own experiences of witnessing end of life suffering. 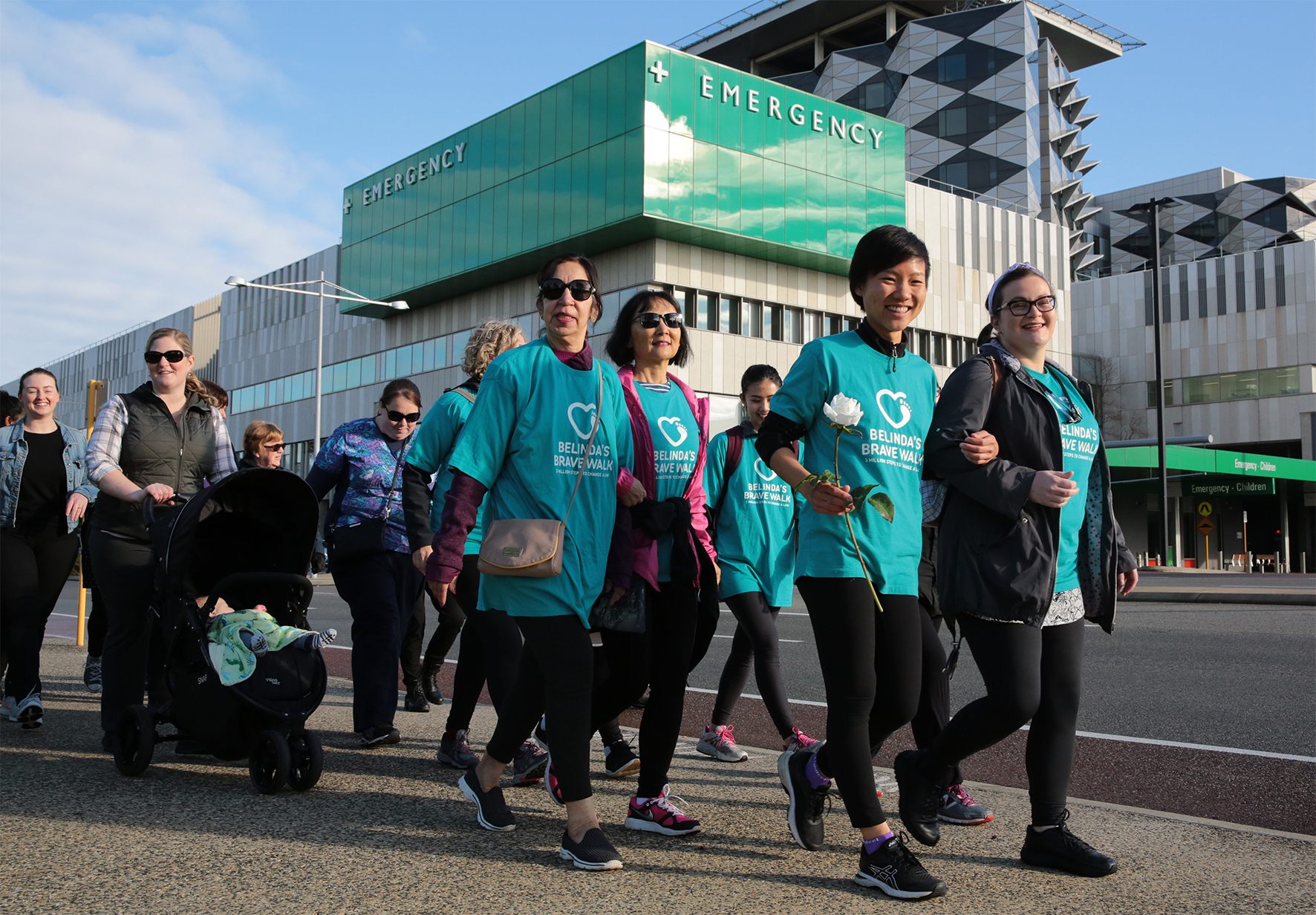